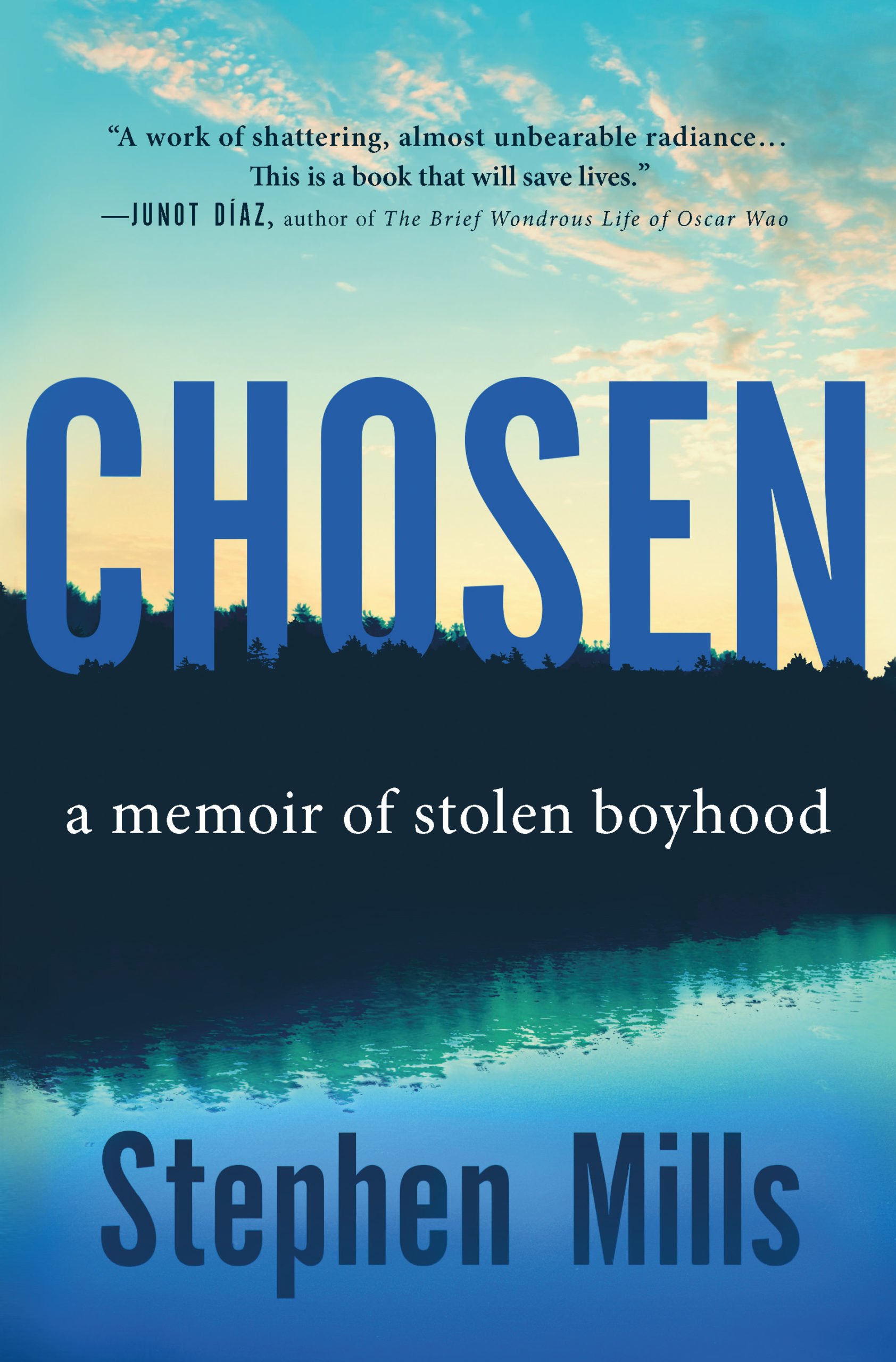 CHOSEN: A Memoir of Stolen Boyhood

CHOSEN: A Memoir of Stolen Boyhood, is about repeated childhood sexual abuse at a Jewish summer camp, its traumatic reverberations across his life, and his quest to bring his abuser to justice.

At thirteen years old, Stephen Mills is chosen for special attention by the director of his camp, a charismatic social worker intent on becoming his friend. Stephen, whose father died when he was four, places his trust in this authority figure, who first grooms and then molests him for two years.

Stephen tells no one, but the aftershocks rip through his adult life, as intense as his denial: self-loathing, drug abuse, petty crime, and horrific nightmares, all made worse by the discovery that his abuser is moving from camp to camp, state to state, molesting other boys. Only physical and mental collapse bring Stephen to confront the truth of his boyhood and begin the painful process of recovery—as well as a decades-long crusade to stop a serial predator, find justice, and hold to account those who failed the children in their care.

Astonishingly, the trauma of sexual abuse is shared by one out of every six men, yet few have spoken out. Unflinching and compulsively readable, CHOSEN eloquently speaks for those countless others and their families. It is a rare act of consummate courage and generosity—the indelible story of a man who faces his torment and his tormentor and, in the process, is made whole.

Buy from Amazon Buy from the publisher

Wherever I Wind Up: My Quest for Truth, Authenticity and the Perfect Knuckleball

R.A. Dickey, a starting pitcher for the New York Mets, beautifully shares his story of persistence and devotion to faith and family, as he works his way around the minor leagues for years, fighting memories of a sexually abusive past and baseball heartache, to eventually find happiness and big league success through therapy, faith, and the knuckleball.

Recounting the author’s story based on his own denial, Boys Don’t Tell takes a subjective look back at a life distorted by the effects of childhood sexual abuse and offers insight on why survivors find it so difficult to “just get over it and move on.” Through the eyes and emotions of the author, this book reveals his abuse as a teenager by a trusted minister and mentor, then recounts years of therapy, a formal complaint to The Church, and a lawsuit settled in mediation.

What’s Driving You??? How I Overcame Abuse and Learned to Lead in the NBA

During his twelfth NBA season, Keyon Dooling stood at the top of his game as the designated team leader of the Boston Celtics, firing up his teammates with the ringing challenge, “What’s driving you?”

In his memoir “What’s Driving You?” Dooling describes his climb through the ranks of the NBA, the effects of a childhood experience that shadowed him during his entire successful pro basketball career, and the hidden trauma that led to his widely publicized breakdown.

This inspiring story of courage and resilience shows the healing power of helping others and the critical importance of self care. 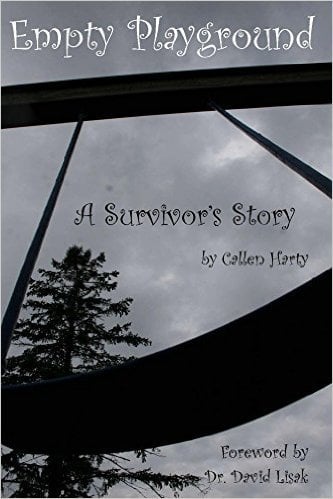 It has only been in the last decade or so that men who have experienced sexual trauma have been added to the discussion about sexual abuse and assault. The topic has more recently become recognized, particularly with the revelations of several well-known survivors, among them basketball player Keyon Dooling, hockey player Theo Fleury, and actor Tyler Perry. They have all told their stories. There are countless other stories out there about ordinary people who have survived similar abuse, but most of them remain untold.

Empty Playground is a memoir that shares the journey from childhood sex abuse through the struggle to cope with the repercussions and into recovery and healing. It is a story often lived but not often told as men, both gay and straight, are so reluctant to speak about their abuse and often stay silent about their emotions as well.

In Empty Playground, Callen Harty recounts his experiences with an unflinching directness and gentle honesty.

Sidestepping the Pit: How I Survived Sexual Assault Without Drugs, Alcohol, or Depression, and Forgave My Attacker

Follow Knight’s confounding, surprising, and ultimately life-affirming journey, which led him over time to forgive his childhood attacker and find the courage to share his story and help others.

This gripping memoir recounts life as the ‘favorite boy’ of a sexually abusive coach. The story is both uncommon (bizarre sex acts, twisted ‘mentoring’ of his basketball playing and intellectual development) yet all too common. Any man who’s attempted to deal with such betrayal and mind games by a sexually exploitive coach will find understanding, and healing, in this remarkable book.

The Tricky Part: A Boy’s Story of Sexual Trespass, a Man’s Journey to Forgiveness

Moran, a gay man and a successful stage actor and writer, was sexually seduced and exploited by a Catholic church camp counselor. With great insight he tells the complex stories of their relationship, how it affected him, including sexual addiction, and how he’s found healing.

Nice to Meet Me: One Man’s Journey Through Therapy for Sexual Abuse to Meet the Boy He Left Behind

In this unique book, Carlton walks readers through the first 15 months of his healing journey, ‘from when my trembling hand first opened the door to a therapist’s office to when I finally noticed myself enjoying life again – and all of the fear, the pain, the confusion, the laughter, and the tears in between.’ His writing is clear, insightful, humble and funny. A former Navy intelligence officer with an MBA who managed advertising for ESPN, Carlton is a guy with whom many can relate. One caution: readers may need to protect themselves from comparing the pace of their own unique healing processes – or that of someone they love – to his description of the high speed of his.

By a man whose entire family was abused by his father. As one reviewer comments, the author writes as someone who, ‘although raised in an atmosphere of violence and cruelty, seems never to have abandoned his own gentle and loving nature.’

Half the House: A Memoir

By a man who grew up in a working class Pennsylvania family and was sexually abused by a coach. The story of how he managed to overcome his past and ultimately reconcile with a father who had abused him.

A courageous book by a CNN Anchor who’s overcome some major challenges – childhood sexual abuse, being a gay African American man – to excel with integrity in the world of TV journalism. Lemon reflects on his experiences and lessons learned, from growing up in Baton Rouge, Louisiana to covering some of the biggest stories of the past 20 years.

In My Father’s Arms: A True Story of Incest

By a man who was abused by his all-American father. Particularly good at conveying dissociative responses to chronic abuse.

By an African American man who reclaimed his life after childhood experiences of abuse and racism. As one reviewer notes, ‘Reaffirms that much can be made of a life that at the outset seems to have little going for it…. A poignant story about the power of perseverance.’ 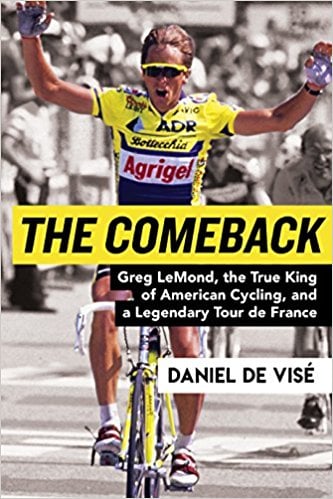 The Comeback: Greg LeMond, the True King of American Cycling, and a Legendary Tour de France

The Comeback chronicles the life of one of America’s greatest athletes, Greg Lemond—who is also a survivor of sexual abuse—from his roots in Nevada and California to the heights of global fame, to a falling out with his own family and a calamitous confrontation with Lance Armstrong over allegations the latter was doping. Daniel de Visé reveals the dramatic, ultra-competitive inner world of a sport rarely glimpsed up close, and builds a compelling case for LeMond as its great American hero.